In 1976, a new production of Willy Russell’s musical play ‘John, Paul, George, Ringo … And Bert’ by Gareth Morgan, went on a tour of regional theatres. In February 1976 my Dad, Louis, was in this production at the University Theatre in Newcastle. He was away for just about a month in total, which wasn’t particularly unusual, as he was a jobbing musician at the time and worked in different places.

Just recently, when clearing out the attic to deal with a pigeon incursion, my Mum found a calendar on which he had written a little mini diary. 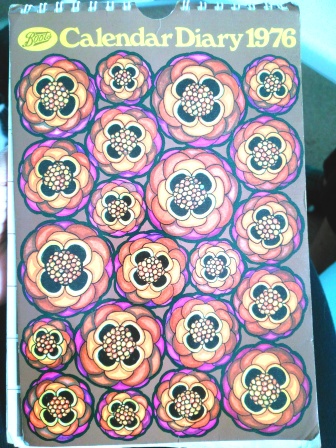 She hadn’t seen this before and loved getting these little insights into bits and bobs that were going on while he was away working.

In no particular order, here are a few excerpts.

Days off weren’t any better.

And ‘Arthur’ was a bit of a worry. He kept falling over 😕 (also, eyes-roll, bloody hippies).

We had no idea who Arthur was but a little scout around in the archive of the theatrical newspaper ‘The Stage’ solved the mystery.

“ARTHUR KELLY, the man who actually might have been a Beatle if he’d had the money to buy a bass guitar, plays Bert in the current production of “John, Paul. George, Ringo and Bert” by the Tyneside Theatre Company at the University Theatre, Newcastle upon Tyne. ”
The Stage – Thursday 19 February 1976, p.18

Arthur  had another mishap a little later, but he wasn’t too badly hurt. 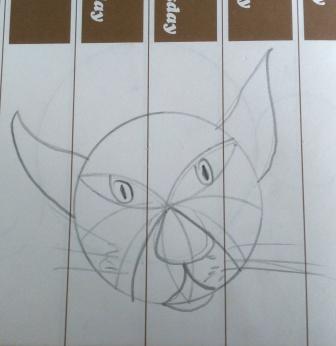 Money was a worry at first.

But Louis was determined.

And, eventually, things picked up.

It’s very gratifying to discover that he also spent time and cash on picking up things for ‘the kids’.

And he liked getting letters from home.

I like Newcastle but my old man was less enamoured and seemed to want to get back to London.

I don’t know why he lost the gig but he wasn’t the only one and it sounds like there were continual tensions. I guess, the theatre can be a bit like that.

Still, the critics liked him:

“Mr Russell chooses the most plaintive Lennon-McCartney songs to comment on the action, movingly sung by local girl. Joy Askew. Her piano playing, the drums of Louis La Rose, the guitar work of Geoft Sharkey provided much emotion.”
The Stage – Thursday 04 March 1976, p.17

Doodle. I think he was actually missing the cats. 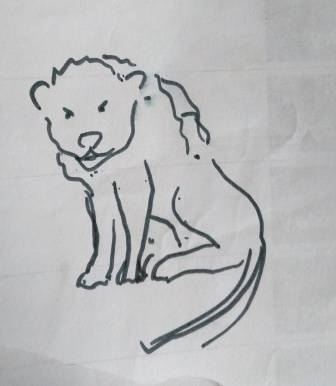